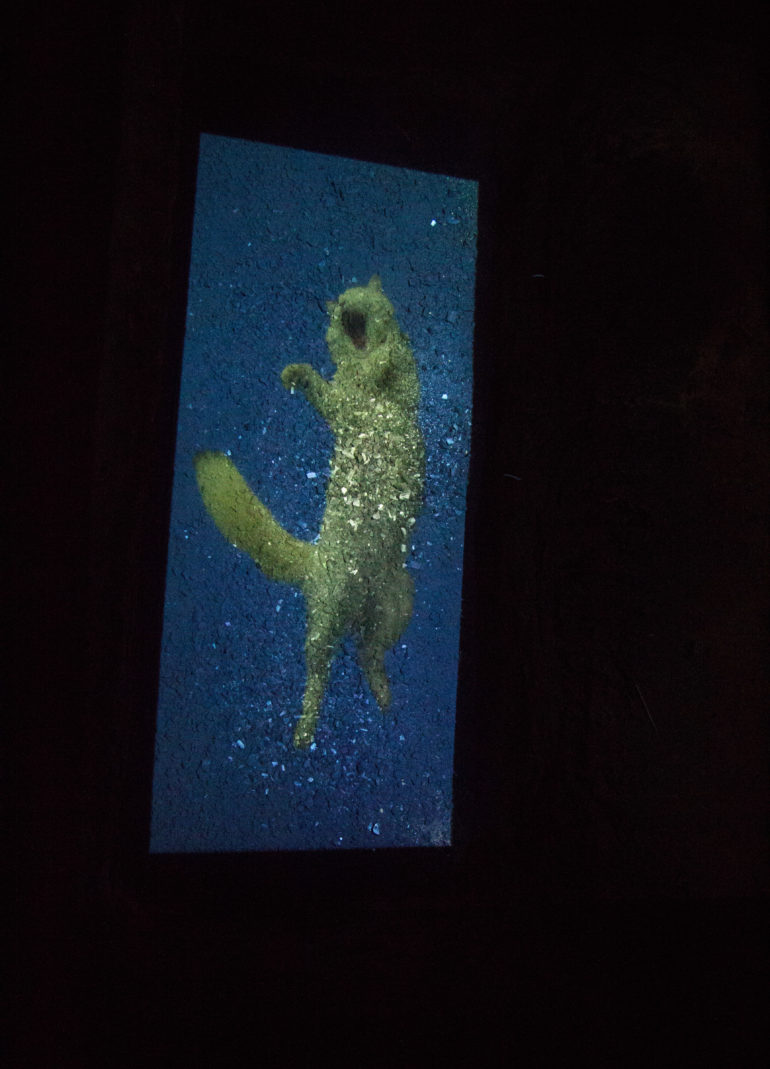 Abstract:
In an attempt to erase and bury the projection, I paint the picture by throwing charcoal powder at it, which sucks in much of the light, erasing the projected feline body. Here, the projector is not hidden but placed in plain sight on an iron pyramid which, together with the hole, closes the circuit of filming – projection – apparition – tomb. The video is returned to the hole as the work is shown, so that the hole is once again dug, and the viewer has to lean in to it to see.

Biography:
Maurício Chades is a visual artist and filmmaker from the state of Piauí who lives in Brasilia. He has an MA in Art and a BA in Audiovisual Studies from the University of Brasilia. His short film “Um Copo d’Água” was selected for the Brasilia section of the 45th Brasilia Film Festival and for the 39th International Film Festival of Bahia. He produced the short film “Das Raízes às Pontas” (2015), winner of the audience prize at the 49th Brazilian Film Festival of Brasilia. The specificities of video, the mythless rite, the death rituals and the contrasts between urban and rural landscapes are themes central to his work.