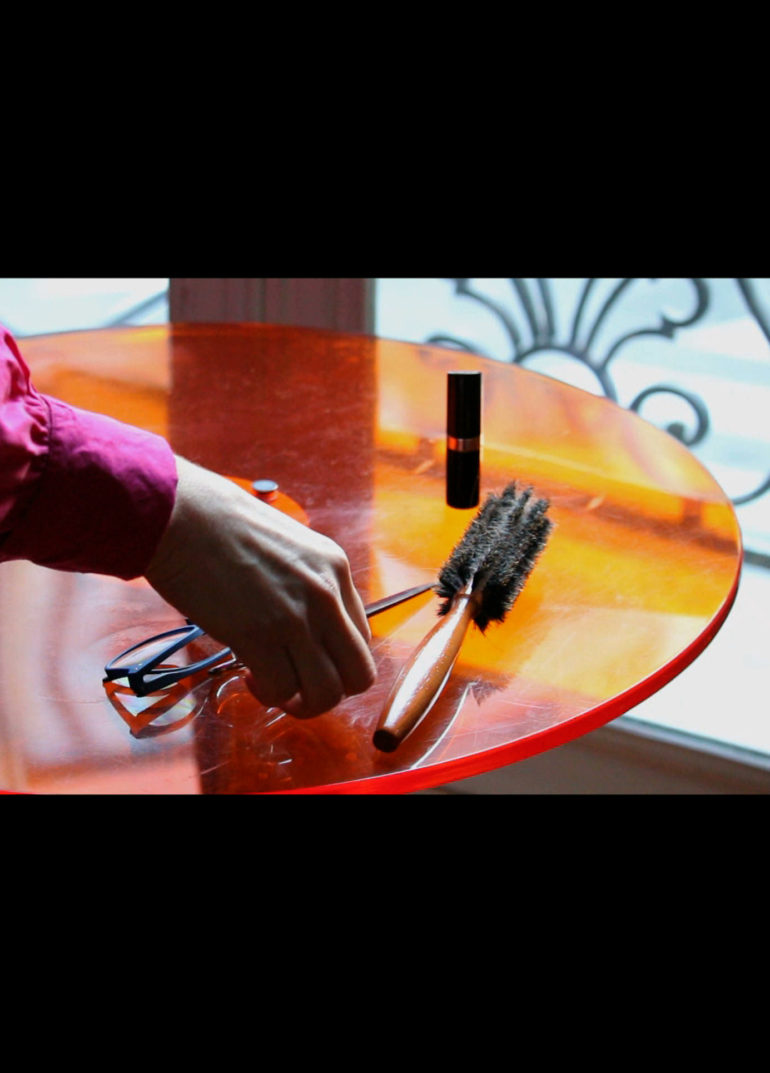 Laure is not a fictional character, but a virtual identity who substituted for me as I searched for a job over several months. Laure replied to job advertisements, followed the advice of the Job Centre, was interviewed, and was rejected many times…. at the risk of rebelling against her condition. ‘Camouflage Self-Portrait’ revisits a 6-month role playing performance during which I questioned the virtual identities and standards which establish the relationship between personal and professional identities.

Born in Paris, Aliénor Vallet is the artistic director of Artvidéo Lab, where she works with experimental film, videodance, video art, essay, documentary and video installations and collaborations with multidisciplinary artists. She is the Curator of the festival Les Irrécupérables.