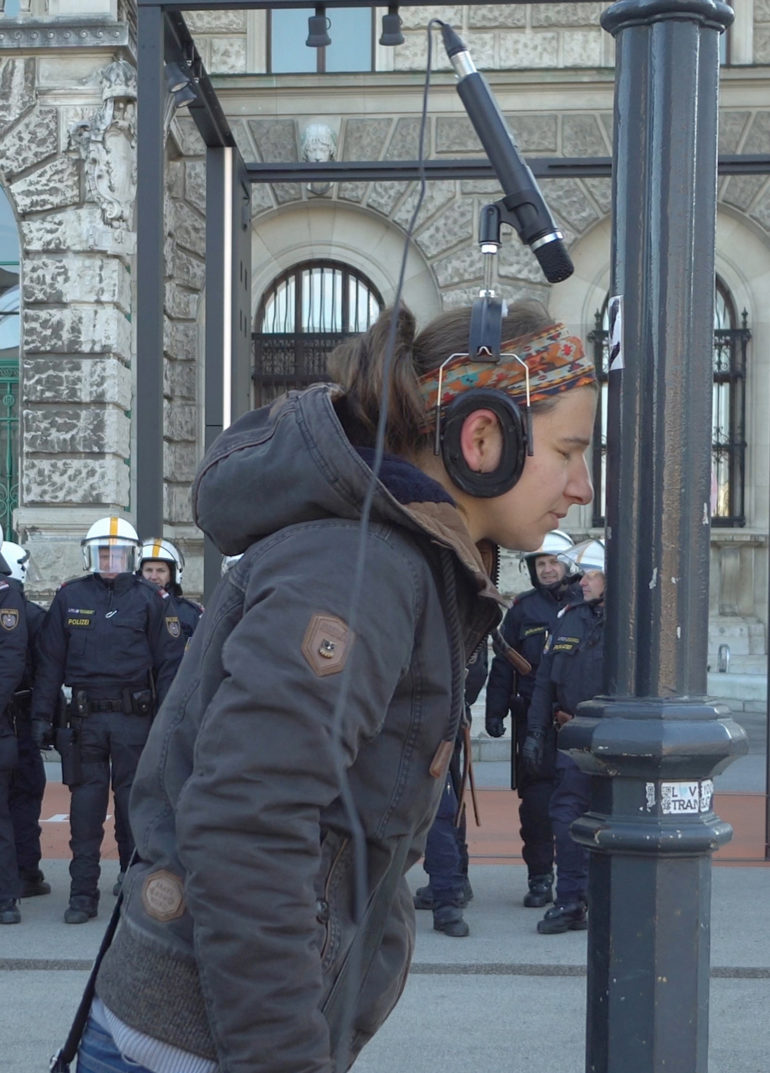 Hitting my Head to the World

I visit various cities and I hit my head on different surfaces. The title of each episode is formed from the name of the city and the word “hit”. Hitting one’s head upon a wall is a gesture that is known throughout the world. Desperate people who do not know what to do next may hit their head against a wall. It is not always a literal gesture. It is more often a metaphor for not knowing how to overcome a strong sense of frustration. But if we observe this headhitting movement as an instrument, this action of hopelessness starts to transform into an absurd repetition. In these compositions, I play my head as instrument in different, contradictory locations and build an audiovisual urban “landscape” of the world.

Anna Vasof is an architect and media artist. Born in 1985, she studied architecture at the University of Thessaly (2010) in Greece and Transmedia Art (2014) at the University of Applied Arts in Vienna. Since 2004 her videos and short movies have been presented in several festivals, some of them winning awards. She is currently writing a doctoral thesis on the cinematographic techniques that she has developed, and is also designing and building innovative mechanisms for producing critical and narrative videos, actions and installations.