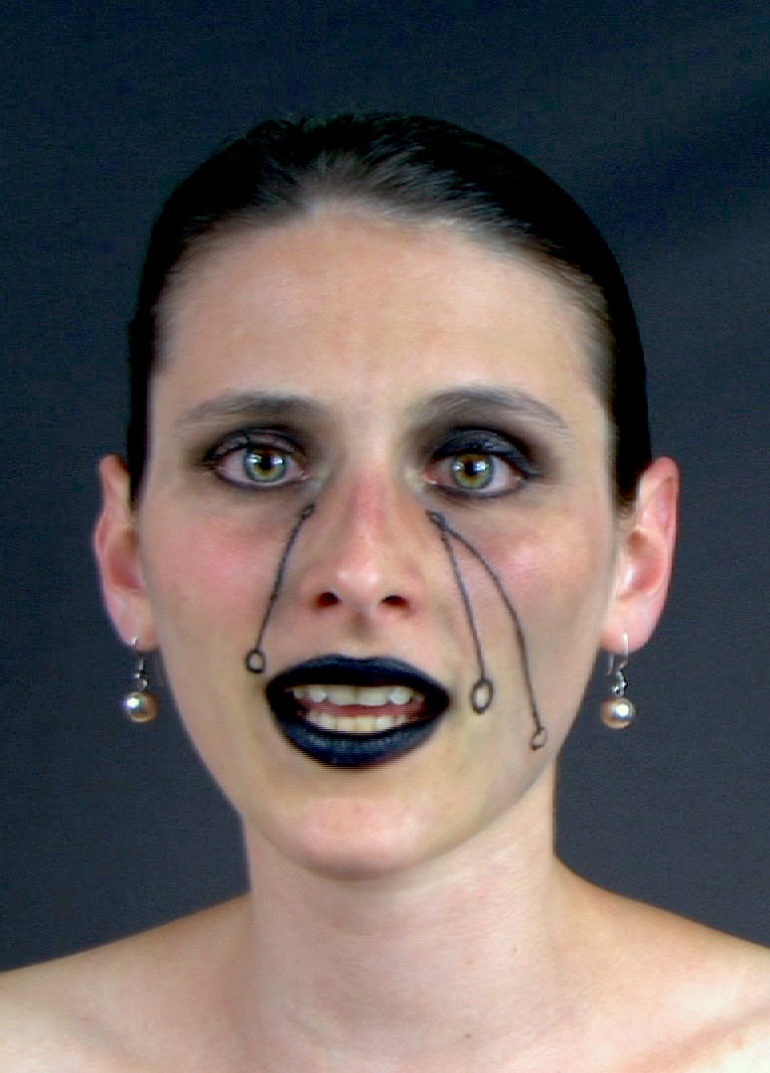 A Basque girl sings a love song that serves as a link to Dora Maar, the singer’s makeup represents the tears in Weeping Woman – Picasso’s 1937 portrait of his mistress and muse (Dora Maar) – Dora was behind the creation of Guernica – a piece that depict the bombing of the Basque capital – as Weeping Woman was derived from a figure in Guernica. Picasso consistently portrayed Maar weeping because, for him, women were “suffering machines”.

Céline Trouillet was born in 1975 in Colmar, France. She graduated from the Ecole Supérieure des Arts Décoratifs in Strasbourg, where she now lives. She regularly presents films in international exhibitions and festivals and has received a number of grants. The “SONG” series of “Singing Portraits” are continuous close-ups of persons singing, facing the camera and performing in real time. Each portrait has multiple layers of significance that are open to interpretation. The films are formally similar, yet each portrait is unique, and the creative possibilities are only limited by the number of songs in the world and the number of individuals willing to sing them.