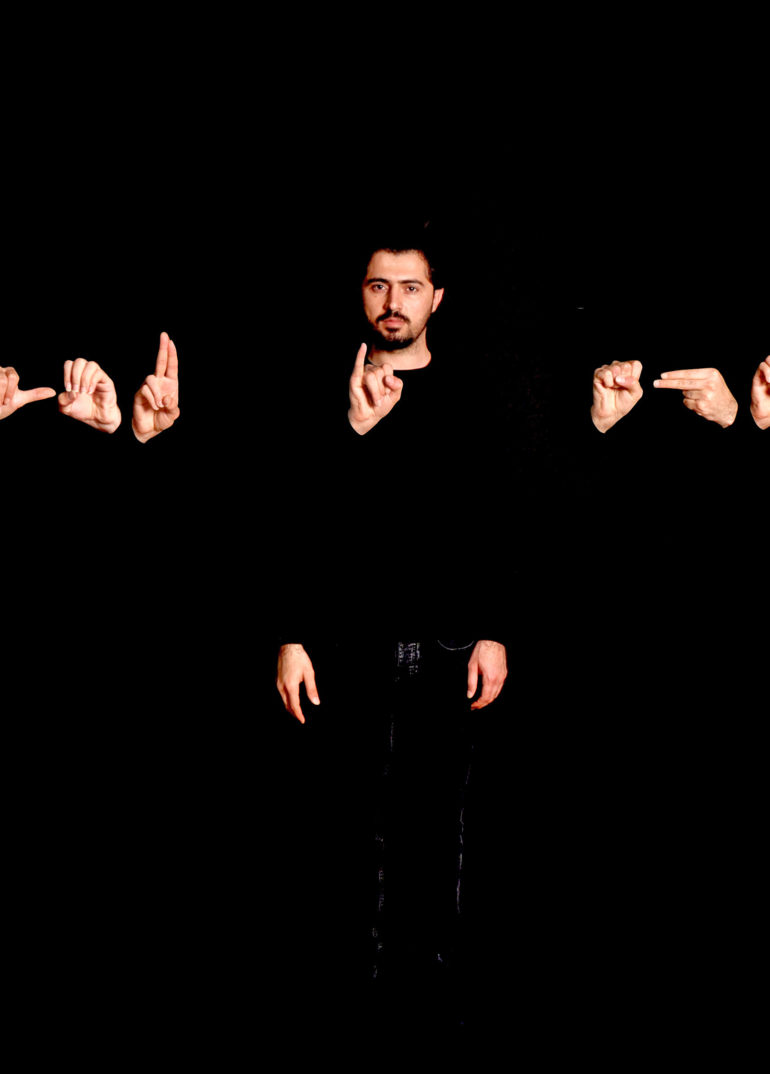 The other is sometimes the woman, sometimes the man or the stranger who cannot speak the same language as us. But there are always the others. Humankind does so much othering that it forgets what it is but speaks about what it is not, trying to tell itself indirectly by the help of the other. Persona non grata is declared to set them apart, so that the dominant borders of we become clear. Because in order to be we, there should be a way to position ourself. An artificial mirror reflects the contrast between we and the other one.

Hamza Kırbas was born in Batman (Turkey) in 1992. He graduated from the Faculty of Fine Arts of Batman University in 2017. Using the Erasmus Student Exchange program, he continued his education at the University of Silesia Faculty of Fine Arts, Graphics Department, Poland. He was nominated for the 2018 Warsteiner Bloom Award. His work has been included in many exhibitions and collections in Turkey. He is studying for his Master’s Degree in Painting at Hacettepe University Institute of Fine Arts.