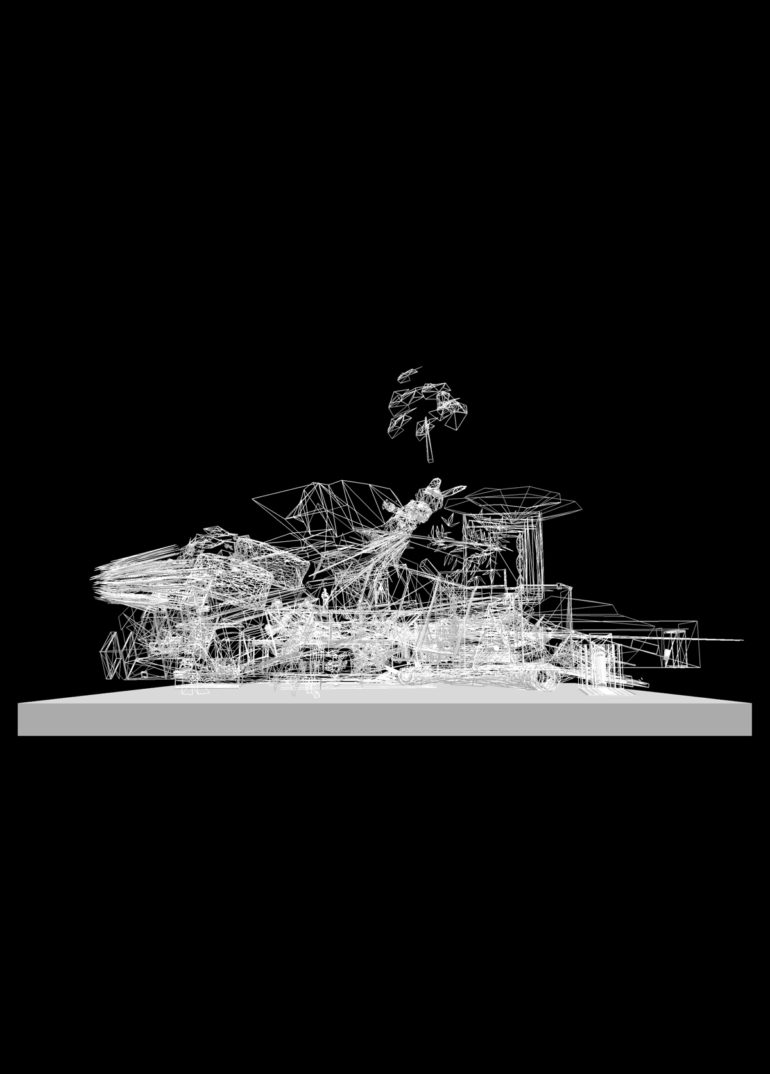 How Much Memory is Needed

‘How Much Memory is Needed’ depicts a generic 3D world in which wireframe models randomly fall from a non-descript sky. The models are scraped from a Google 3D warehouse at regular intervals, so they pile up in the video as they are uploaded to the repository by their authors. As we become more fascinated with building immersive virtual worlds we often forget that this seemingly ephemeral undertaking has actual physical needs. We enter the virtual worlds through small devices, headsets and personal computers, but the amount of space needed to store all the data necessary to build these worlds is having a real physical impact. ‘How Much Memory Is Needed’ is inspired by Jorge Louis Borges’ short story On Exactitude in Science, which raises the question of the usefulness of a map that is so exact that it eventually becomes as large as the actual territory it depicts. This project hopes to create a physical awareness of the amount of data that is being uploaded continuously.

Jenny Vogel is German New Media artist and educator who lives and works in Brooklyn, NY. She received her MFA from Hunter College (NYC) in 2003 and is currently Assistant Professor of New Media Art at the University of Massachusetts. Her work has been screened and exhibited in group and solo-shows in numerous locations and galleries.