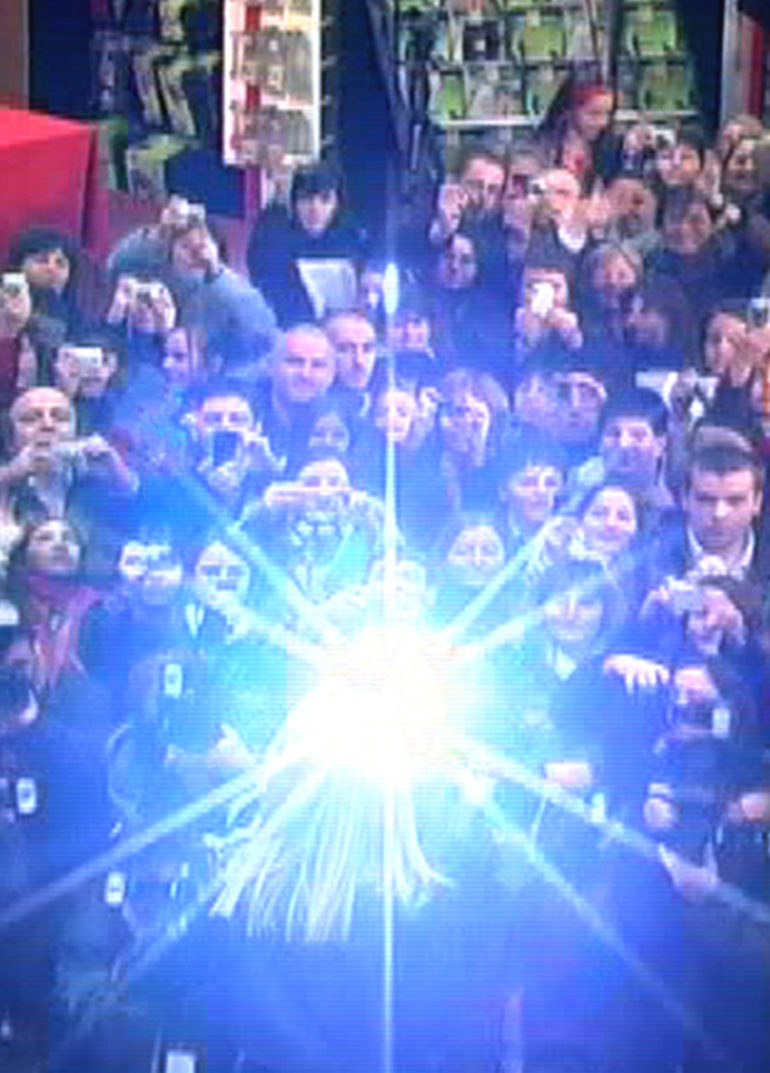 A crowd of people are pointing their cameras at the viewer – the celebrity – and are continually taking flash photos.

Khalil Charif, artist. Born in Rio de Janeiro in 1967. His work is concerned with questions relating to art and philosophy, social and political relations, and behavior. He studied at the Parsons School of Art and New York University at the end of the 1990s and later at the Parque Lage School of Visual Arts in Rio de Janeiro. He received a Postgraduate Diploma in the History of Art from PUCRio and went on to study the philosophy of art. He has received the following awards: : Prêmio Interações Florestais 2011 (Brazil), ExperimentoBIO 2013 (Spain), and the Art Nova 100 Special Award at the Arte Laguna Prize 2017 (Italy).