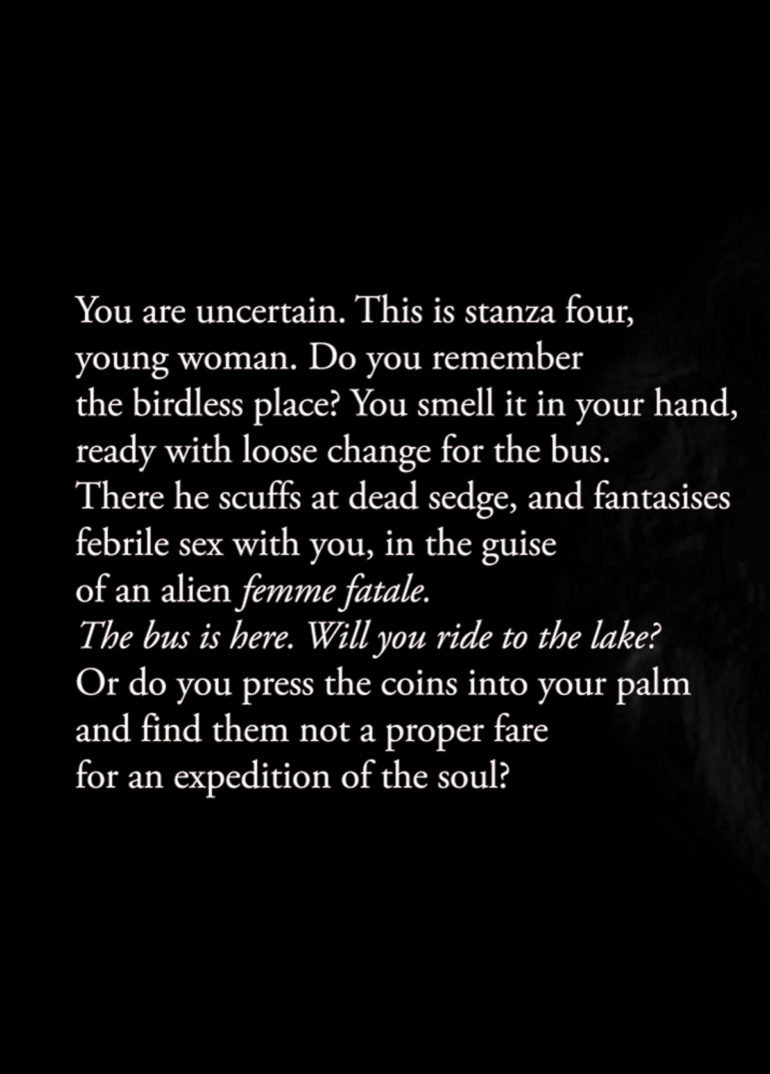 ‘Nobirds’ are the “no birds” that sing in Keats’s “La Belle Dame Sans Merci”. The poem is re-imagined as a computer game where the “knight at arms” and the “belle dame” can win one another if they make the right choices. Real birds as negative images haunt their quest.

Stuart Pound lives in London and has worked in film, digital video, sound and the visual arts since the early 1970’s. He has been collaborating with the poet Rosemary Norman since 1995. His video work has been screened regularly in London and at international festivals.