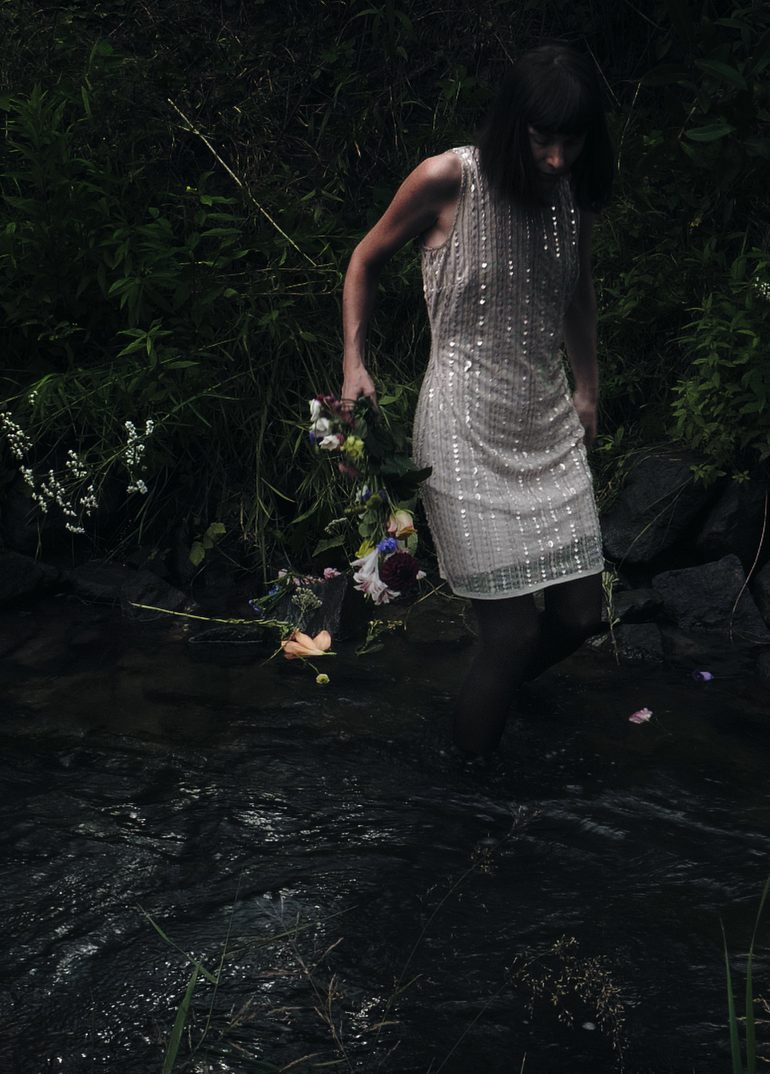 Through a monologue recited in reverse, the video deals with discriminatory depictions of women in the past and present. In a river scene, resembling J. E. Millais’ famous painting of Shakespeare’s dying character Ophelia, it is the video’s artist who appears, speaking constantly into the camera. Intelligible words and the usual flow of time do not occur simultaneously, suggesting the entanglement of language, image and the creation of social roles.

Meike Redeker’s video works use performative and narrative elements, reflecting the imbalance of power between the seeing and the filmed in various contexts. M. R. studied Fine Arts in Braunschweig (DE), Istanbul (TR) and Bandung (ID). Her latest work Ophelia was funded by the Nordmedia Production Grant Mediatalents and won the Art Prize Lüneburg. Her recent solo show at Kunstverein Buchholz was accompanied by a publication by Kehrer Verlag Heidelberg.