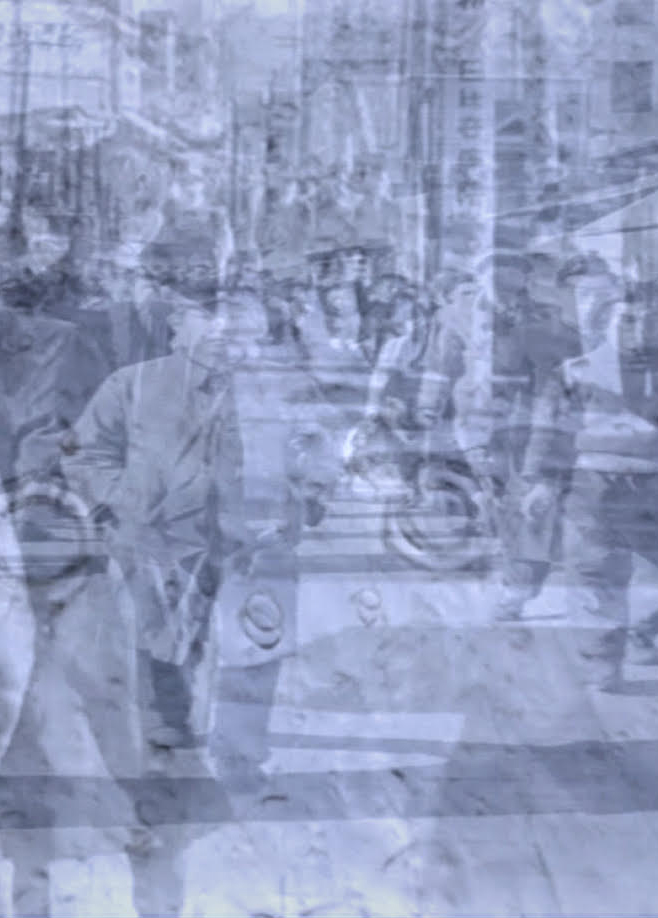 The work is a collaboration between the Georgian film maker George Chkheidze and the artist Sigrun Höllrigl and based on two poems of Sigrun Höllrigl.

Sigrun Höllrigl studied literature and philosophy at the University of Vienna. She is the director of the second largest Poetry Film Festival world-wide with satellite events in Austria and abroad. In 2015/2016 she published two novels called Odysseus X and The Camp. She also worked in media arts and was writing for newspapers and online magazines. With different artists she conducted a series of poetry films mainly based on her own poems, which have been screened at international festivals.

Giga (George) Chkheidze, born 1965 in Tbilisi, Georgia. He graduated from the National Theater and Film School Tbilisi (camera) and from the music school. Afterwards he worked as a director of photography at the Georgian State Film Studio “Gruzia Film” and began a career as an independent filmmaker. Since 1993 he had been carrying out independent film projects in Moscow, London, Berlin and Munich. His films have been screened at International Film Festivals (Int. Film Festival, Rotterdam; The Film Society of Lincoln Center; Int. Short Film Festival, Oberhausen; Melbourne Int. Film Festival) and MoMA, New York; The Film Society of Lincoln Centre, New York; Anthology Film Archives, New York; as well as on several TV Channels as ARTE, 3sat, ZDF.