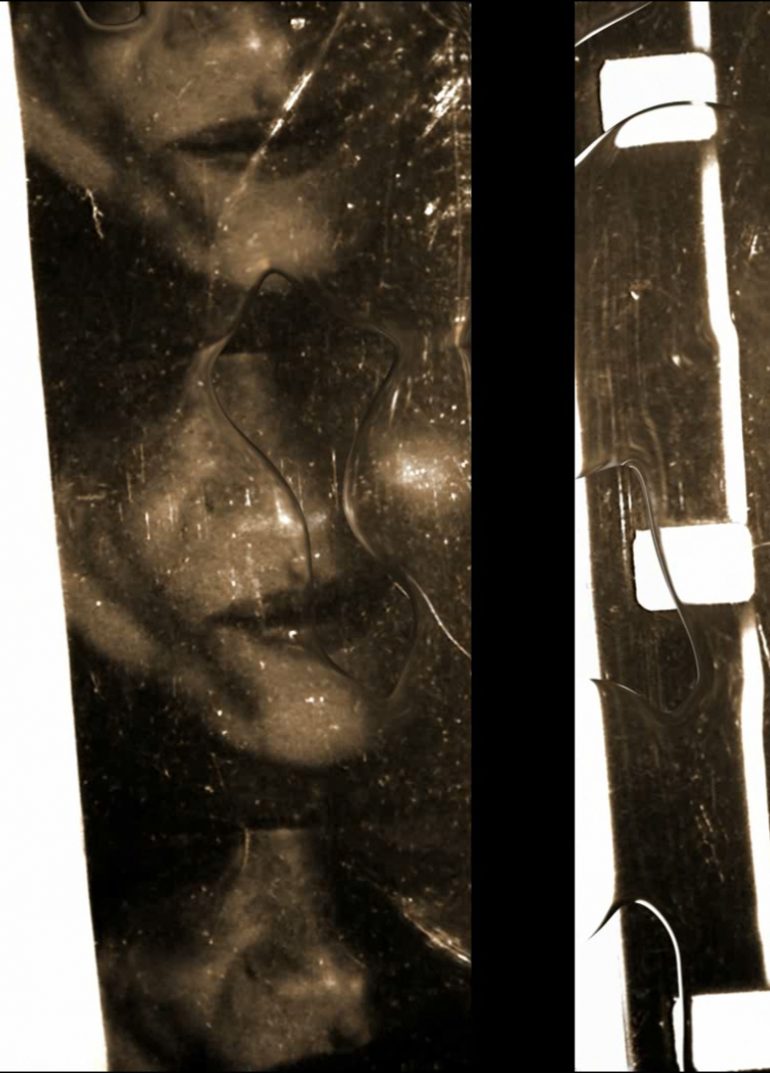 A Slower Speed of Light

Light is interrupted by a strip of old 16mm film seen under a low magnification microscope and is reflected from the surface in rainbow colors. A software simulates the film’s chemical erosion.

Bio:
Stuart Pound lives in London and has worked in film, digital video, sound and the visual arts since the early 1970’s. Since 1995 he has collaborated with the poet Rosemary Norman. His video work has been screened regularly in London and at international festivals.