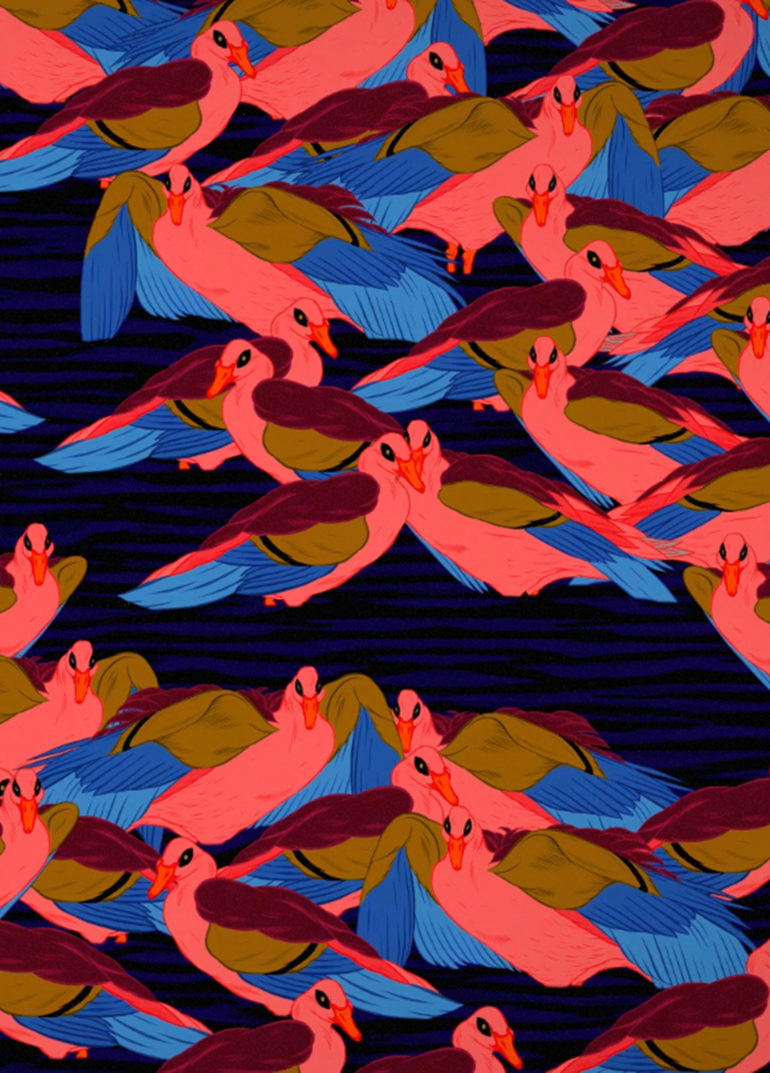 People should be happy. Even this Egyptian goose, which tries to cast a spell on us with a seductive dance. Its gracious and clumsy movements captivate us. But it’s not the only one to master the dance. Three flocks of geese, each led by their own guru goose, share the pond – all of them torn between their desire to express their own individuality and the urge to dance as a group. Soon the water begins to rise. Never mind. The geese will keep on dancing for us until they drown.

Alice Saey is a graphic artist and animation director. She is interested in experimental narrative forms in short films, music videos or graphic designs. After graduating from la HEAR in 2014, she opened her own studio in Rotterdam. She has directed one short film and two music videos and is currently developing her new short « Flatastic », produced by Miyu.

Mark Lotterman is a Rotterdam-based singer/songwriter. He is becoming known through his tours in Holland, Ireland and Italy. Holland is his fifth album.