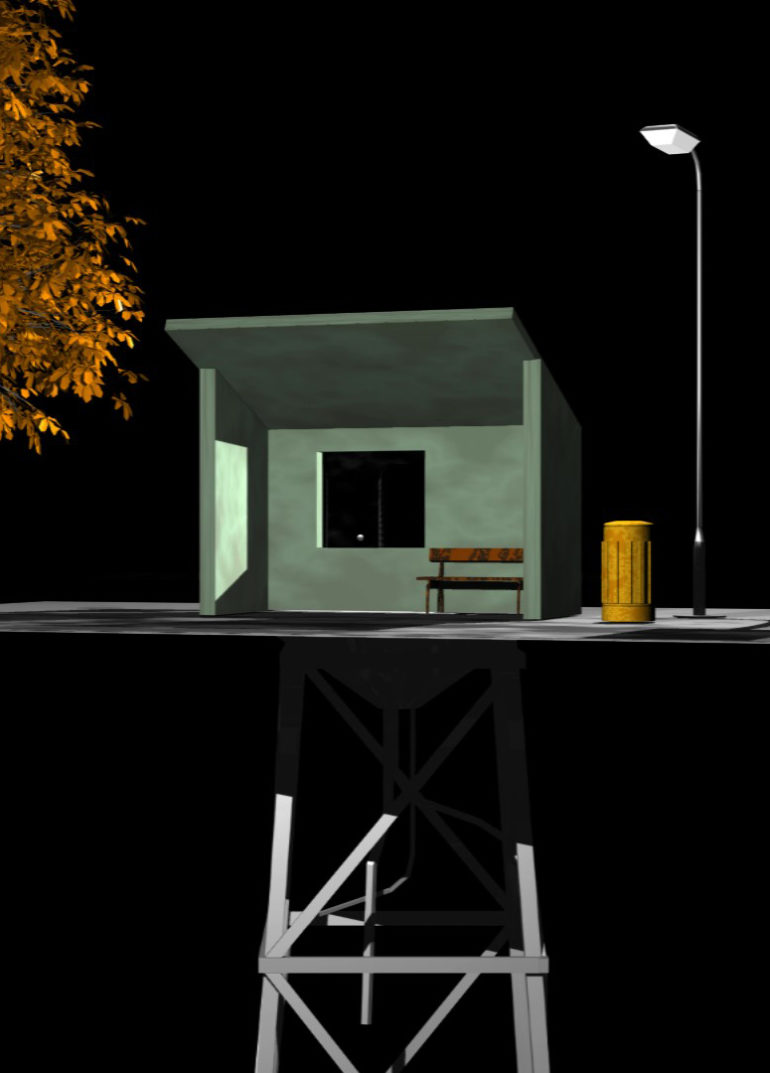 The film is a visual game with changing perspectives and surprising points of view, that builds an absurd and fantastic scenario which does not obey physical laws. The different scenes are repeatedly shown as digital constructions and resolved in space. The viewer is constantly deceived and trapped in a permanent loop of disaster.

Susanne Wiegner studied architecture at the Academy of Fine Arts in Munich and at the Pratt Institute in New York City as a DAAD scholar. She works as a 3D-artist in Munich, Germany. For several years she has been creating 3D computer animations dealing with literature and with virtual space.