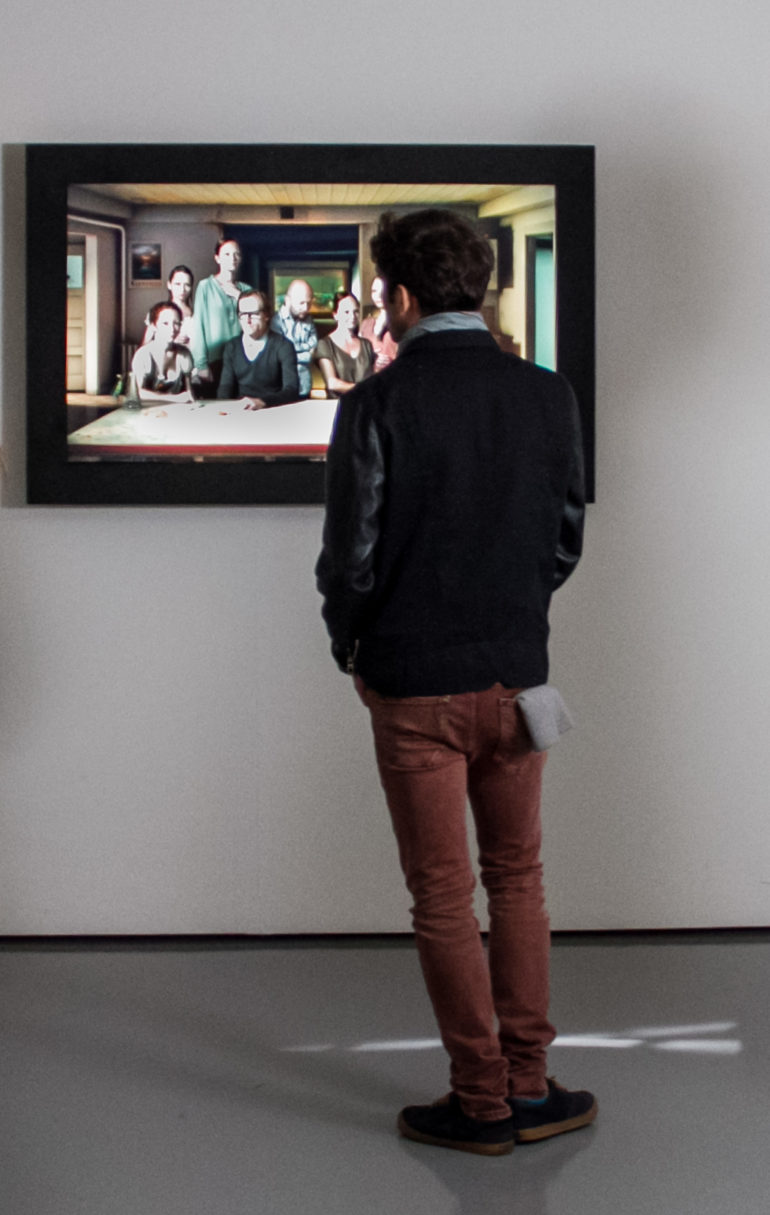 Abstract:
Alex Verhaest investigates contrasts, commonalities and the symbiosis/fusion between man, machine, actor and computer. At the moment, Alex is involved in a film project relating the story of a family embroiled in an age-old family drama. The story is spread out across a wide range of distinct works, each depicting a certain moment. For instance, the Character Studies represent a personal analysis of the five characters from the film.
Spectators are encouraged to form bonds between these disparate elements. In this way, Verhaest exposes the mechanics that drive the medium of film. How does one create a narrative, or a character? What role does editing play in this process? What is alienation and how does one move an audience to enter into the illusion? Not necessarily by answering these questions but rather by posing them, audiences may edit the distinct elements into their own cohesive film.

Biography:
Born 1985 in Roeselare, Belgium.
Lives and works in Amsterdam.