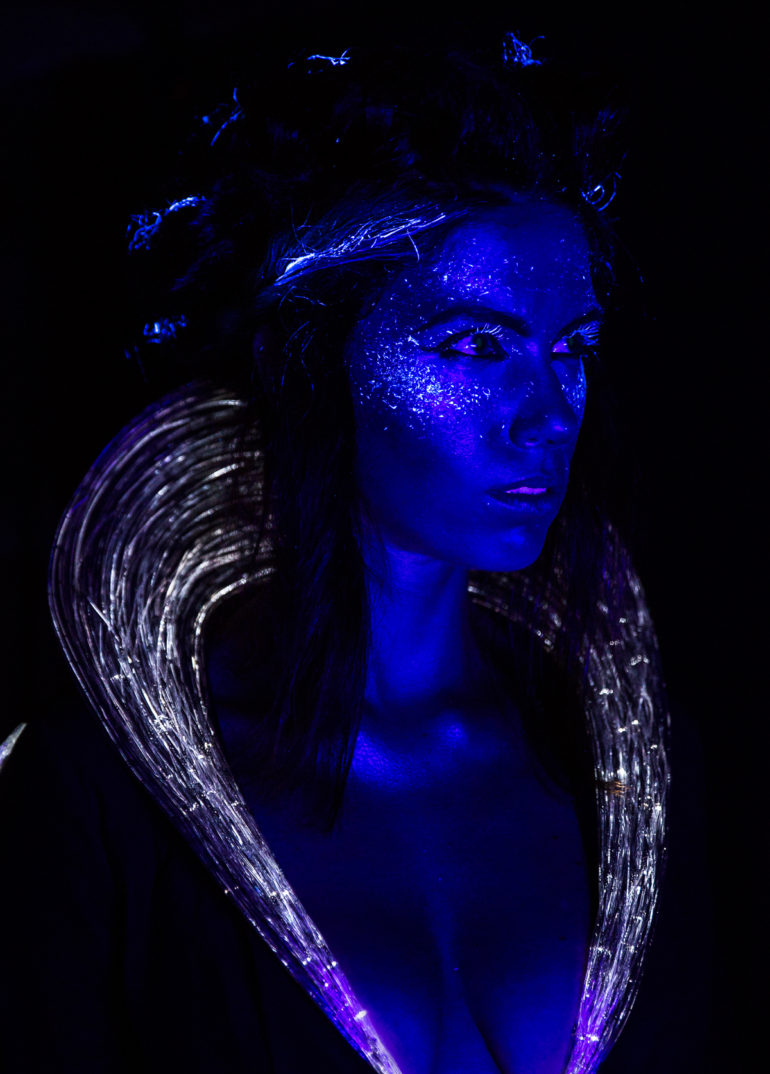 “Imagination is the only weapon in the war against reality” (Cheshire Cat, Alice in Wonderland)
Cheshire Cat is lost in a dark and empty Wonderland. She is alone because nobody is able to dream and visit “other realities” anymore. Sometimes she still shines as she used to when Wonderland was full of life and fantasies, but the light inside her progressively dies out in a turmoil of emotions, psychosis, rage and fear. She ends to surrender to indifference.

Lara Genovese is an Italian Director/ Designer, Photographer and Founder of Naiad Productions Ltd. Originally an Architect, after 5 years in Hong Kong as a show productions designer for Walt Disney Imagineering she returned to London. You can find her working in Set Decorating teams for feature films, Producing and Directing new theatre projects and shooting Dress rehearsals, Concept shoots and portrait photography.