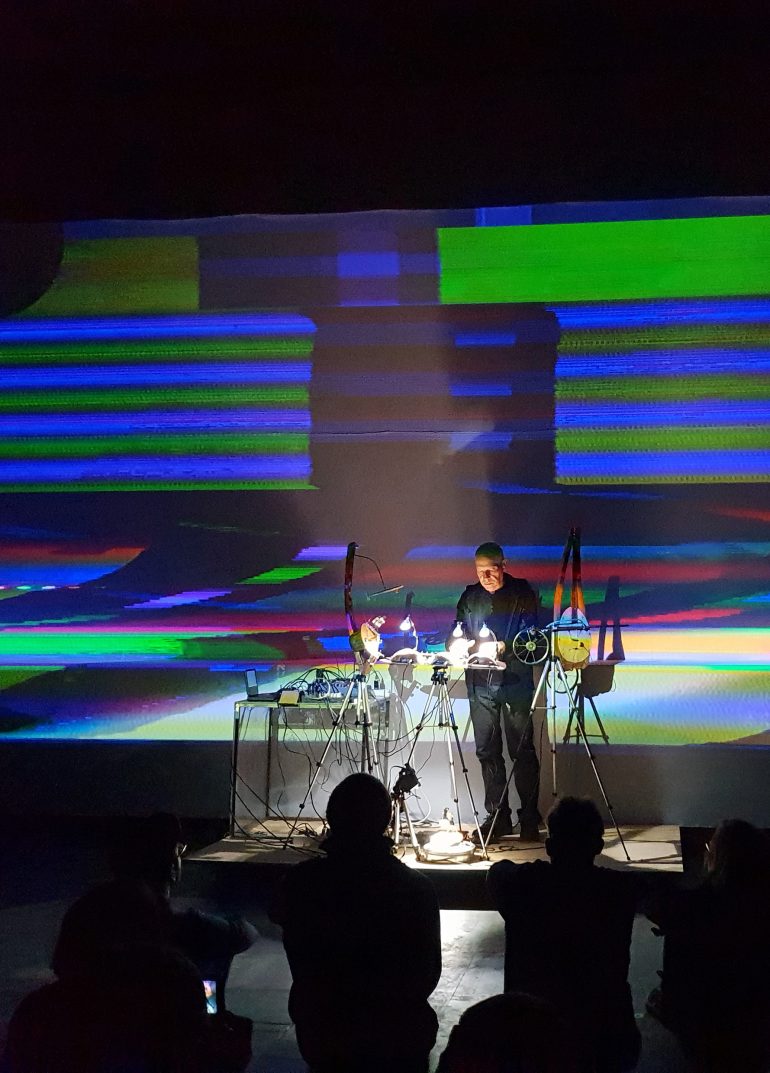 Bio:
Rodi Punzo creates artworks that combine sculpture, sound, video projections and performance. Animating recycled and discarded materials with renewable energy sources, the sculptural elements in his works are transformed through his interactions with them, their own kinetic movements and the sampling of the sounds these elements create. He has presented his compositions and artworks at experimental music festivals and A-i-R programs through Europe, North and South America and Asia.