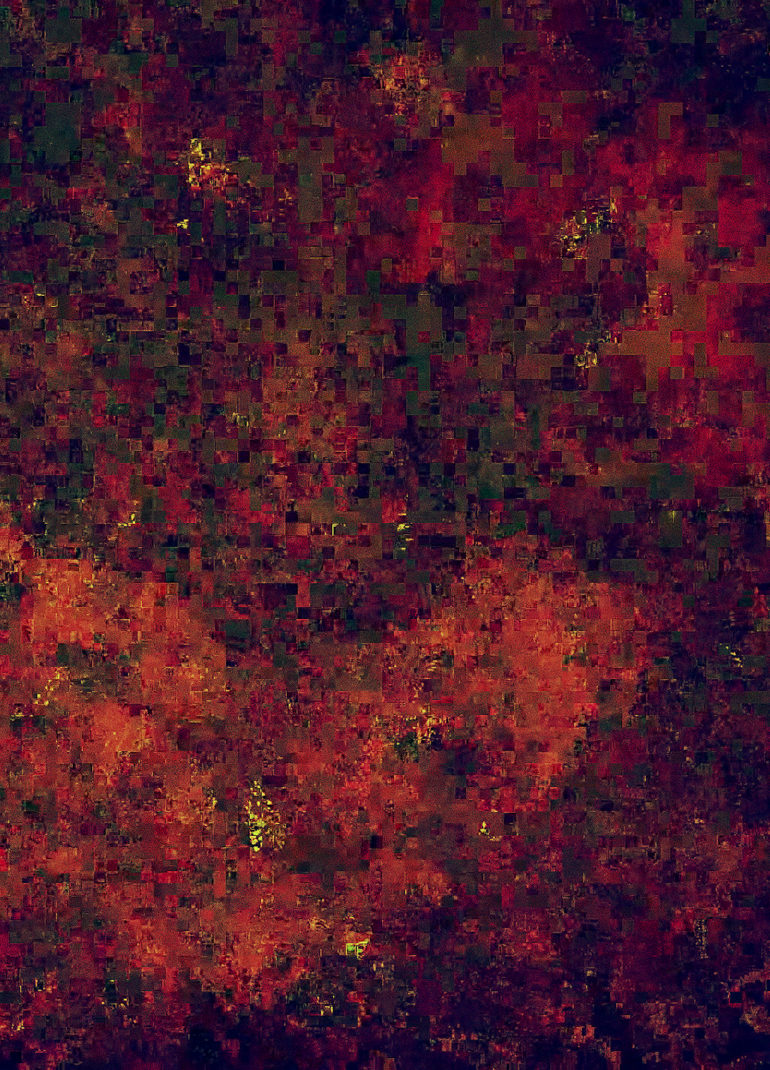 Abstract:
“Kosmos” focuses on the building blocks of the digital and analog film image: pixels and grain. By manipulating the data of recordings of light patterns and the resulting granular textures, the images form a tactile crossbreed between analog and digital. The music establishes a dialogue between the acoustic and electronic voice. At the audiovisual conversation of 9’36”, or the symphony of 14400; abstract compressionist paintings, emerges.

Biography:
Jeroen Cluckers (Belgium) is a video artist and experimental filmmaker. He creates audiovisual dreamscapes that explore, question and transform the boundaries between fiction and reality, cinema and painting, digital and analog, image and imagination. His work has been exhibited in more than 35 countries worldwide, at festivals and venues like: ZKM, The State Hermitage Museum, VIDEOEX, Message to Man IFF, FILE Festival, VIDEOFORMES, MAXXI Museum, Ludwig Forum, Athens Digital Arts Festival and ISEA. He has received several awards, including: Best 60 Seconds Film at the New York Film Week, and Best Experimental Film at TUFF and at GISFF (Global International Silent Film Festival). He is connected to AP University College as a Lecturer-Researcher in Video & Immersive Media. He lives and works in Gent, Belgium.
“Oo.” is the audiovisual laboratory of cellist Jasmijn Lootens, pianist/producer Michaël Lootens and video artist Jeroen Cluckers.