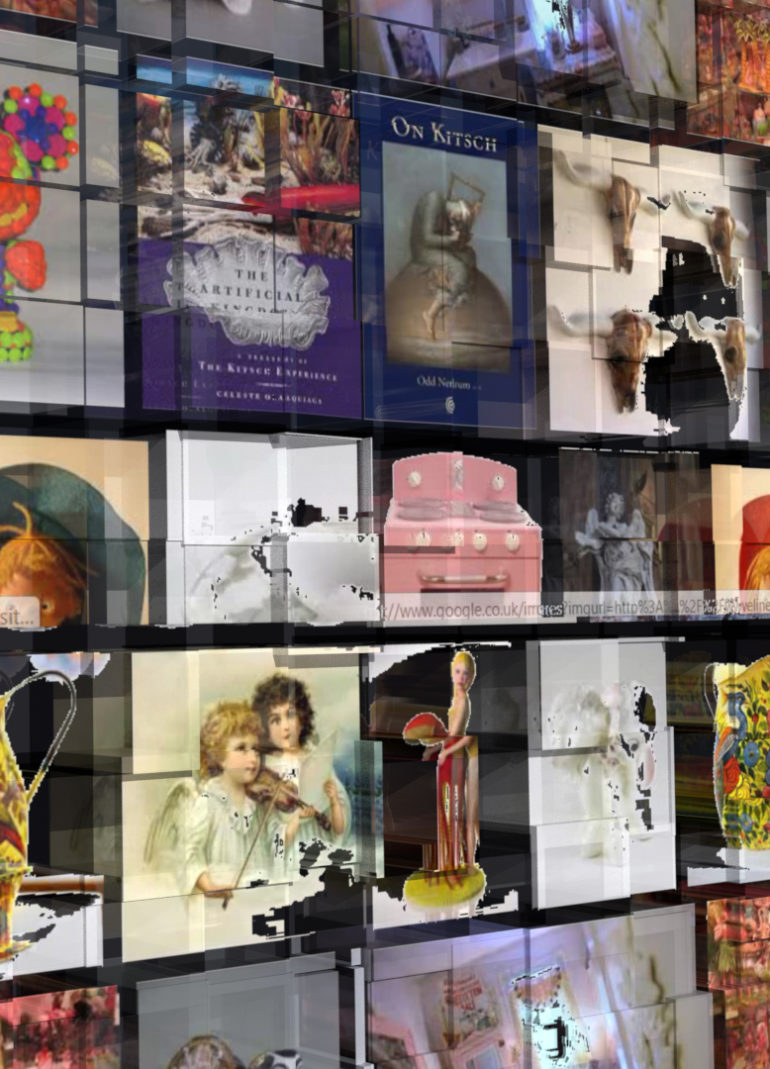 Abstract:
Fragmented online news clips of dramatic weather/climate-related events, political worlds and screen-casts of scrolling search engine results are borrowed, and recontextualised. Then texture-mapped onto 3d rendered blocks of multiple dynamic cube/screens. As we browse online, rapidly flitting between one screen and the next, trying to absorb the saturation of visual information that pervades our virtual lives….