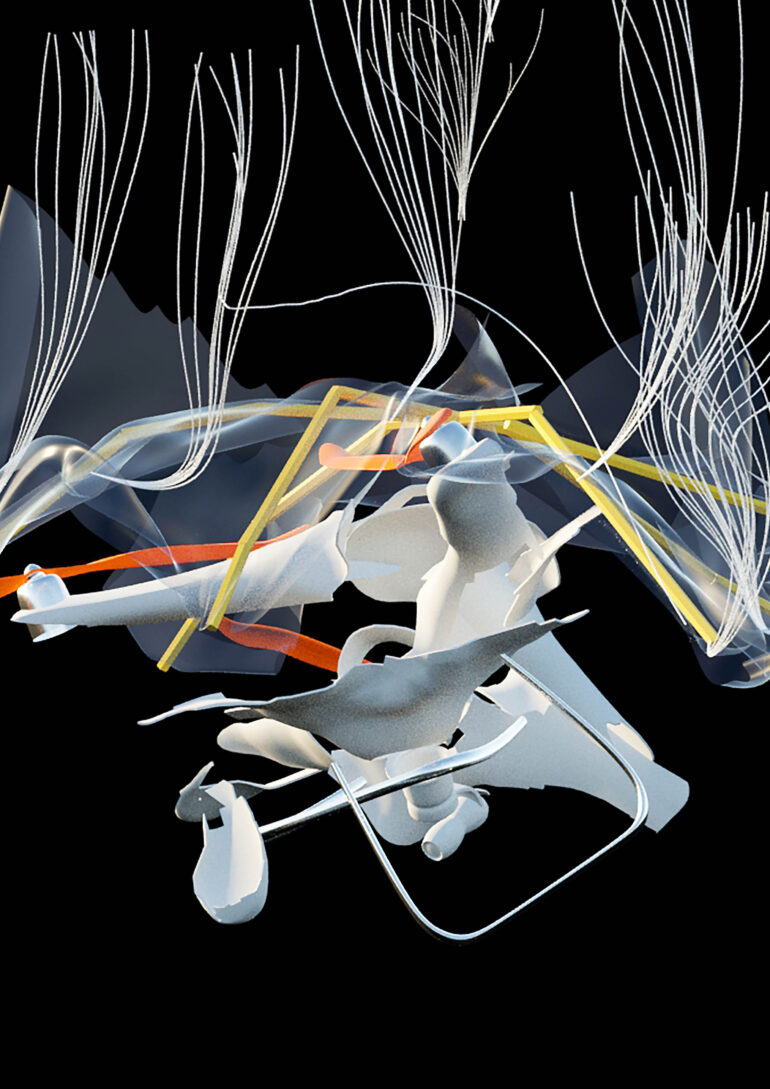 War Assistant addresses questions of morality and temptations of new belligerent technology, in an era of artificial intelligence. Inspired by Paul Virilio’s “Pure War”, a war so embedded in everyday life that it accelerates new weaponry technology — this is a battle scene of autonomous entities. From 2018 onwards, kites and drones clashed during battles between Israel and Gaza. Both entities share a similar history: like drones, kites were used in aerial photography a century ago. The War Assistant’s AI-like voice observes the battle from above. It represents a controlling perspective, asking mankind for permission to take over. It aims to distance war by preserving a seemingly controlled battle. In this simulation, each warring entity chases the other, but the gaze is multiplied.

Ronnie Karfiol holds a BFA in Multidisciplinary Arts from Shenkar college of Art, Engineering & Design, Tel Aviv. She has also studied Media Technology and Animation at the H.A.W. University Hamburg, Germany. Her work was exhibited in museums such as Petach Tikva Museum of Art and Nahum Guttman museum, as well as in galleries like SPEKTRUM Berlin, Galleria R+ Poland, and the Center of Contemporary Art (CCA) Tel Aviv. Furthermore, her films screened in Europe and the US on national and international film and media festivals, including DocAviv, Print Screen, EMAF – European Media Art Festival –, KFFK Germany and Currents Festival for new media, USA.