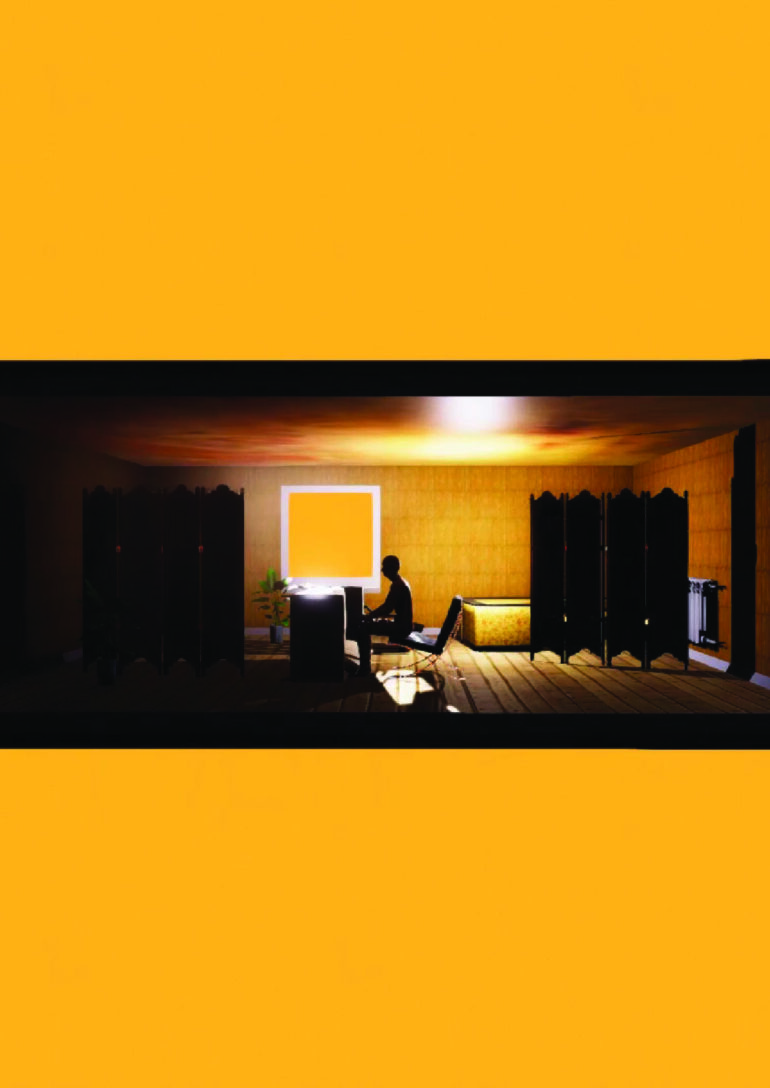 Aquarium is composed of animated domestic environments. The work is created by algorithmically generating “rooms” and populating them with objects from a database. Each time the film is run, unpredictable variations of environments emerge. By chance, objects may appear to fit cohesively with one another, while in other instances, objects and arrangements seem to be in complete disarray.

Timothy Thomasson is a digital artist based in Montreal. His work questions the ways moving images are produced and consumed within historic and contemporary contexts, particularly examining the effect computer generated images have on society, culture, and perception. He works primarily with computer animation, and utilizes real-time computer graphics technologies in many of his works to create continually generative environments and systems. Thomasson’s work has been presented in various galleries and festivals in Canada and internationally.